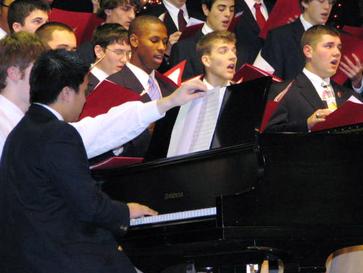 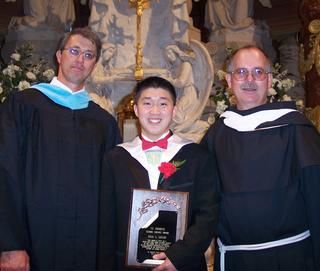 Paul's life has been full of laughter, energy, fun and constant education.

He was born in May 1989 in South Korea.  In October 1989, he was adopted into an amazing Italian (and part Irish) family where he was loved and able to learn and grow.  He grew up in a suburb of Buffalo, New York.  Along with his older sister, he was able to have a fun childhood and he cherishes the memories close to his heart.

Paul obtained a Catholic education from kindergarten through high school.  The friends that he has met are truly part of his family, and the experiences, learning opportunities, and memories that he has had are priceless.

Our Lady of the Sacred Heart

Paul attended Our Lady of the Sacred Heart, in Orchard Park, NY for kindergarten through eighth grade.  He was elected "Class Representative" of his eighth grade class, was casted as the lead understudy of the sixth grade play "One Magic Moment," a play similar to Grease.  In June 2003, he had the honor of graduating third out of 60 students and received many awards for leadership and music.  The friendships that he formed throughout his time at OLSH continue to maintain strong, and the majority of his closest friendships were formed during these years of his life.

As Student Government President, Paul had the opportunity to oversee an organization of 60 students, had the fiduciary responsibility for the annual budgets, and was the chairperson for all major school events including: Homecoming, Proms, School Dances, Fundraisers etc.

He graduated in May 2007 and was awarded the School Service Award, the second highest award at St. Francis.

"My mission is to maintain an ethical and moral attitude in which I continue to strive for excellence while excelling in all aspects of life including scholarship, leadership, service, and spirituality; to be faithful to my peers and colleagues; be willing to lend a helping hand; to have an optimistic attitude along with a little humor; to never settle less than excellence by avoiding complacency; to continue to learn and develop myself; to always try new things, approach problems a different way, look at life from a different perspective and to always be mindful of my true priorities in life." 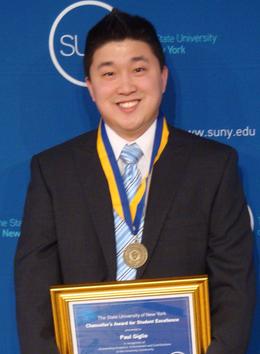 During both his elementary and high school years, Paul had the honor of being a Boy Scout.  In November 2006, he achieved the rank of Eagle Scout, the highest rank in Boy Scouts and one of the United States' highest awards for youth volunteerism.  Paul's eagle project was organizing the construction and creation of a hiking path and entrance way at Messinger Woods Wildlife Care & Education Center, Inc, in Holland, NY.  Through his experiences with Boy Scouts, he had the opportunity to go to two high adventure camps: Philmont, New Mexico where he backpacked for two weeks in the Rocky Mountains, and Sea Base, Florida where he learned to sail for a week and a half among the Florida Keys.  Both were amazing adventures.

In high school, Paul had the opportunity to be a member of the Hamburg Town Youth Board and represented the Town of Hamburg at the NYS Youth Bureau Conference & Legislative Breakfast in Albany, NY.  He was able to meet with senators and congress members to lobby for increase spending in youth programs.

In his senior year of high school, Paul applied to thirteen colleges and universities across the country.  In the end, because of the very generous scholarship, academic and leadership opportunities and the new honors program, Delta College, Paul attended the State University of New York College at Brockport.  Paul's collegiate Academic Experiences, Delta College Advantage, Extracurricular Activities, and Overseas Adventures are some of his proudest moments thus far.

Paul truly enjoys helping others.  He has a passion to teach and to inspire others. He also enjoys spending time with his family and friends, cooking, playing piano, traveling, photography, hiking and backpacking, and learning about new cultures and cuisines.  Paul also has an aggressive Bucket List to fulfill and enjoys marking items off that list. 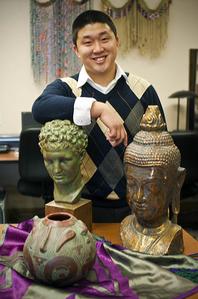 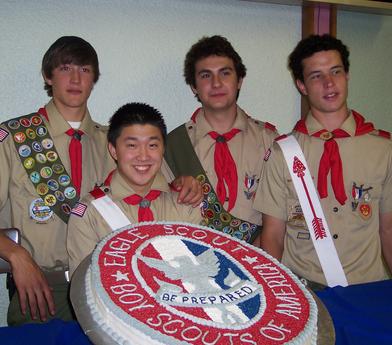