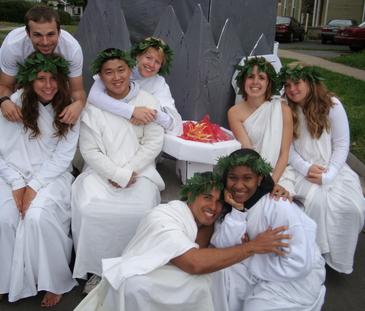 Brockport Tour Guide
Also, Paul was a tour guide at Brockport through the Office of Undergraduate Admissions where he organized and toured prospective students and families around the campus.

Brockport Student Host
From 2007-2009, Paul was a Student Host via the Office of Student Retention/First Year Experience Office.  He acted a mentor and hosted accepted and incoming students and was responsible for displaying the “typical” college atmosphere for a 24-hour period. 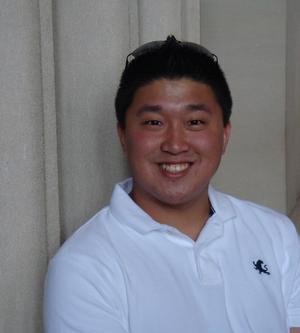 Paul was also the Founding President and Director of the Brockport Pep Band.  He conducted and recruited 50 student pep band members and was responsible for overall aesthetics and logistics of the performances.  In addition, he supervised three interns to help with event logistics and together, created a marketing plan, recruitment action plan, organization profile, succession plan and leadership hierarchy.  They also recruited new members at campus sponsored events and open house. 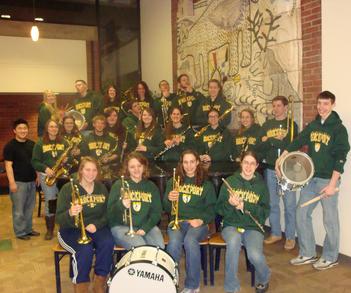 Paul was able to recruit over 120-150 participants, exceeded the 2008-2009 goal, raised over $10,500.00 in donations and increased donations 35% from previous year.  In fact, he was responsible for Brockport to be the first college/university to raise more than $10,000.00 for Special Olympics.  He was also responsible for the college to be the top school/university in the Rochester, NY area to raise the most funds and therefore, being named the “Cool School.”  The prize was a paid concert sponsored by a local radio station.  Paul had less than one week to plan and market the concert, and it was a huge success, attracting over 500 students.

Paul was also a member of the Brockport Student Government, where he had the position as Board of Director for the On-Campus Constituency.  He also served as the Chairman for the Appropriations Committee where he managed a $1.3M budget of a 501(c)(3) corporation.  In addition, Paul wrote corporate legislation as the assistant chair of the Nominations and Review Committee, and assisted with corporate-sponsored events.  He served as a liaison between a customer base of 9,000 students/college officials, assured smooth succession by interviewing and recommending leadership candidates, and increased participation in events by conducting six focus groups.  Paul was also a member of the Ad-Hoc Constitutional Review Committee.​ 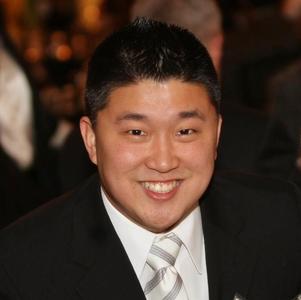 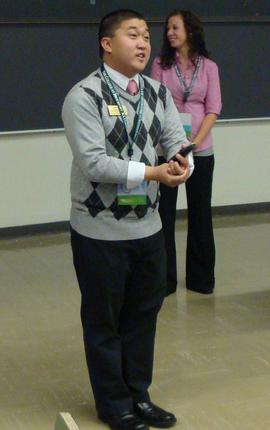 At the State University of New York College at Brockport, ​Paul was heavily involved in several committees, organizations, clubs, and also have held many leadership positions on campus.

One of Paul's favorite positions was working for the Office of Residential Life & Learning Communities as a Resident Assistant for three years working with the incoming freshmen students.  Besides being a peer mentor and team leader to these students, Paul was also responsible for the security and safety of 190 residents along with his RA Staff.  He organized educational, diverse, social and community development programs including: Alcohol Extravaganza, Taste of Brockport, MacVicar T-Shirts, Night of Elegance, etc.  He was also trained to handle conflicts and trained in conflict management for suicides, health/eating disorders, alcohol/drug issues, roommate conflicts, diversity etc.  Throughout the three years as a RA, Paul was the supervisor for the Night Desk Attendants (staff of 8-10 students) who were responsible for guest registration and the security of the building in the evening.  He organized the selection process of staff to ensure ethical standards and fairness, managed training sessions, schedules and exit interviews, and utilized flexible, cohesiveness and consistent supervision strategies to manage leadership potential, scheduling, feedback and constructive criticism.  He was also the moderator of the Residence Council, the student government of the residential hall, which also organizes programs and organizes the building’s homecoming float. Through his leadership, Paul achieved 95%-100% retention from the Fall to Spring semesters and from their freshmen to sophomore years.  He also conducted meetings to set standards, to orientate new students to on-campus living and to review policies and procedures, and was able to excel in detailed administrative duties (reports, occupancy, student conduct, inventory, RA selection, dissemination of updates via weekly emails).  He also exhibited superb crisis management and conflict resolution skills, and inspired residents to apply for employment as resident assistant.

Some of his favorite moments included planning the Taste of Brockport, where he had all of the local restaurants bring cultural and diverse foods for the students; Alcohol Extravaganza, where he organized an alcohol awareness event that included mock-tails, an obstacle course with goggles that perceive the user to be intoxicated, Alcohol Jeopardy and Operation ID (a program where students can get their valuables engraved with a national ID in case the item is lost of stolen); a Night of Elegance, which he planned a program to dress up with a cocktail hour while having diversity mixers.  He was also very involved in helping to educate other members of the residential life staff across the state and have attended and presented at numerous conferences regarding community development, and building and maintaining that community throughout the academic year.

Also, in January & February 2009, he was named Resident Assistant of the Month out of 100+ RAs for outstanding programming, managerial, communicative, problem solving, emergency responsive, community developmental and leadership abilities.  In addition, Paul received many other RA awards including: RA Extraordinary Performance Award (Participated in additional campus events and organizations; Demonstrated initiative in the RA position; Participated in activities that are above and beyond those outlined in the RA performance program; Acted as a positive role model and source of support for other RAs), RA Scholarship Award (Achieved a cumulative GPA of 3.50 or higher; Demonstrated outstanding achievement in overall academics; Recognition in subject area in research, writing and/or performance) and the RA Leadership Award (Participated simultaneously in leadership positions within the residence halls and within campus organizations, cubs, student government; Acted as a positive role model for students and other RAs; Volunteers for additional tasks in the residence hall; Played a major role in a campus event or committees; Highly respected by their peers). 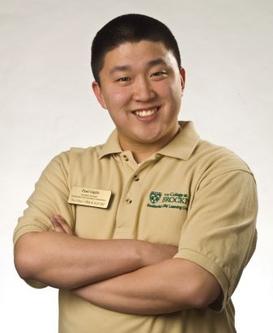 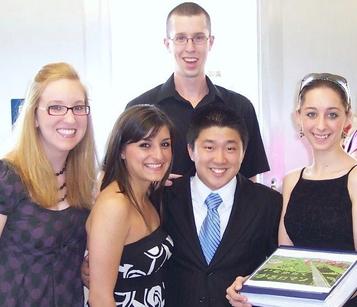 In 2008-2009 and in 2009-2010, Paul served as the chairperson for the Special Olympics Polar Plunge at Brockport.  He was responsible for participation/recruitment, marketing, logistics and development of funding. Paul oversaw approximately 20 committee members and developed and organized three funding campaigns: Plunging For Your Change, Swiping For A Reason, and The ResHall Challenge. 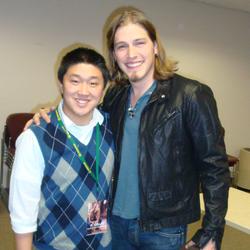 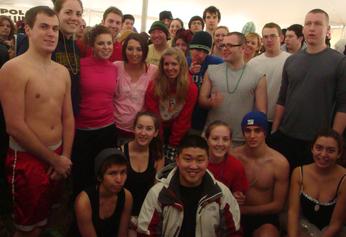 Other Leadership Positions on Campus​

Paul was a member of the college's faculty and staff senate as the student representative for the School of Business and Economics, where he was able to advocate to top administration against changes in class scheduling on behalf of his peers.

He was a committee member of the steering committee and co-chair of the Middle States Student Leadership Committee for the confirmation process to renew Brockport's accreditation.  Paul was able to create a 2-year plan for dissemination of information to student body and excelled as a leader and recruiter to increase transparency to students about the Middle States Process.

Paul was on the Dean of the School of Business's Advisory Committee where he represented the International Business & Economics undergraduates and provided feedback and suggestions to the chair and dean.

He sat on the college's budget and resource committee where he represented undergraduates in discussions about the college budget to find ways to improve efficiency and resource distribution while maintaining a high quality student experience.