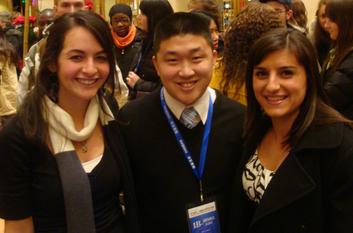 In addition, in December 2009, Paul collaboratively published a book regarding climate change, perceptions of the world and a guide to the controversy. 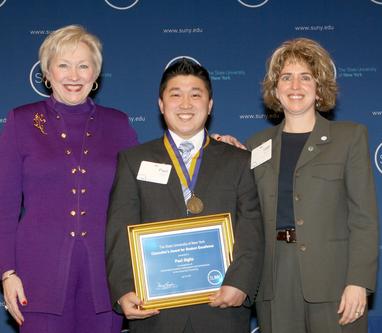 The State University of New York College at Brockport is ranked in the top percent of schools within the SUNY system, which is made up of 64 campuses.  It is located east of Rochester, New York. 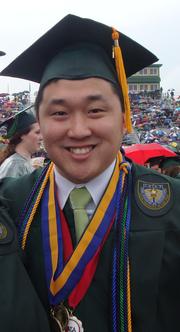 Among many honors and awards, the most notable is the SUNY Chancellor's Award for Student Excellence.  It was presented to Paul by Chancellor Nancy L. Zimpher.  It is the most prestigious honor conferred on undergraduates across the entire SUNY system encompassing over 465,000 students on 64 campuses.

In addition, Paul was also awarded the Delta College Commendation Award, Who's Who Among Students in American Universities and Colleges, multiple awards as a Resident Assistant for Leadership, Scholarship and Extraordinary Performance, and was a finalist for the Marion Schrank Student Leadership Award.

​In addition, Paul was named into multiple honors' societies.  He was inducted into the Alpha Chi National Honor Society.  This is the highest recognition at SUNY for outstanding academic achievement.  Invitations are only offered to students in the top ten percent of their class who have demonstrated superior and consistent academic performance.  In addition, Paul is a member of the Beta Gamma Sigma National Honor Society.  It is the highest recognition a student can receive in a business program accredited by the Association to Advance Collegiate Schools of Business International.  Students are recognized for achieving a GPA in the top seven percent of their graduating class.

Paul has also received numerous scholarships including most notable Dean’s Scholar in Residence Award (scholarship for incoming freshmen who were in at least the top 25% of their high school graduating class), and the Charles J. Ashworth Memorial Scholarship (recognized via the School of Business for exceptional scholastic merit a record of contributions to the college and community).
​